Straight from an episode of Sunday cartoons, these base jumpers fly into air with a help of a giant slingshot. World-renowed base jumpers, Chris Douggs McDougall and Jimmy Pouchert with the help of Go Fast Energy and Skydive Dubai, reach new heights in a new way. Go Fast Energy and Skydive Dubai launched a human catapult that is able to propel a person up to 300 feet in the air. 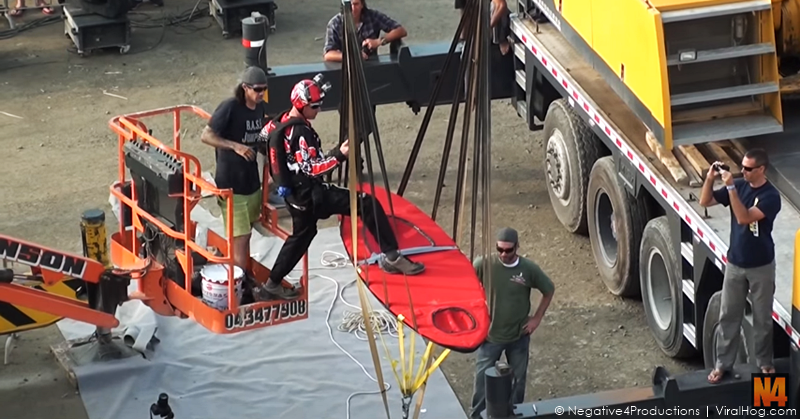 Nicknamed “The Human Slingshot,” it reaches an acceleration speed over G6’s in a single second. One of the firsts of it’s kind, it’s daring even for seasoned daredevils. Agreeing to be launched from it is already impressive. Surviving it unharmed is almost seems unbelievable. What seems like a recipe for disaster doesn’t end the way you would expect.

Human Slingshot in Dubai (Not Fake): Stuntmen Fly At 0-200 kph In One Second

Things escalated quickly with the stuntmen, Jimmy and Chris, going from 0 to 200 kph in one second. Cheers stopped when the chord was pulled to launch the catapult and the stuntmen went flying and twisting into the air. The expanse of the Dubai skyline was a clear and stunning view at 300 feet. If you have a sense of adventure with a craving for  adrenaline, this seems right up your alley. 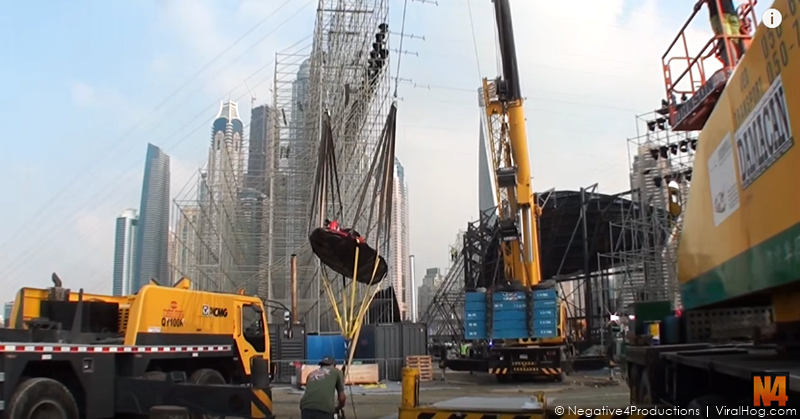 There was a human catapult video that was created by a car-transport service company in Dubai which turned out to be fake. It was used as a marketing promotion by the company and people in Dubai were talking about it if it was real or a prank. Fortunately, this one is a real scenario.

Check out the heart pumping video to see what happens for yourself. Don’t worry, there is a happy ending to all of this.

This jump of a lifetime seems like only the beginning of their adventures. With one person suggesting that they should ditch the parachutes next time, the thrill seekers agreed to elevating the stakes. Is this crazy or impressive? Risking your safety for a wild stunt seems part of the deal for an adrenaline rush. 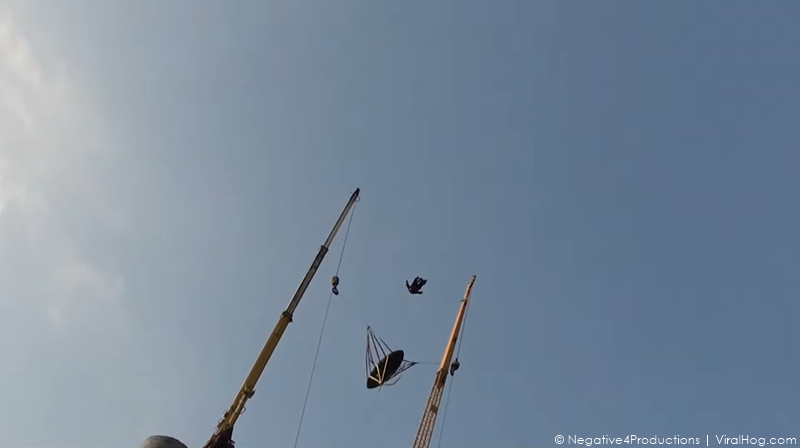 Dubai has enough attractions to amaze without danger, Most would rather admire them at safe conditions. A relaxing boat ride would trump over a human catapult but for some, the call of extreme adventure is stronger. Which category do you fall into?

Launching from a human slingshot is one way to admire the Dubai skyline but I think I’ll stick to the towers that Dubai has to offer.

Video: How the Dubai Water Canal was Built