Dubai as an Ultimate Exotic Playground by Ken Block Gymkhana

Join Ken Block in the eighth segment of his Gymkhana series as he whips through the streets of Dubai on a path that takes him through the Dubai Marina, Jumeirah Lake Towers, and Shiekh Zayed Road. The surreal 9-minute video features local landmarks such as Burj Al Arab, Burj Khalifa, The Palm, and Meydan.

Aside from the cool drifting and car stunts, Dubai’s attractions are the stars in this amazing video. Really nice to see these places empty which is a rare sigh that happens – Dubai is a very busy city. 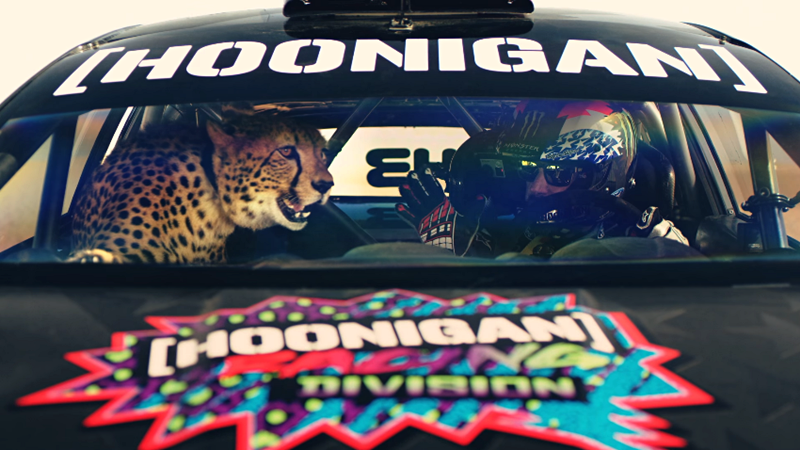 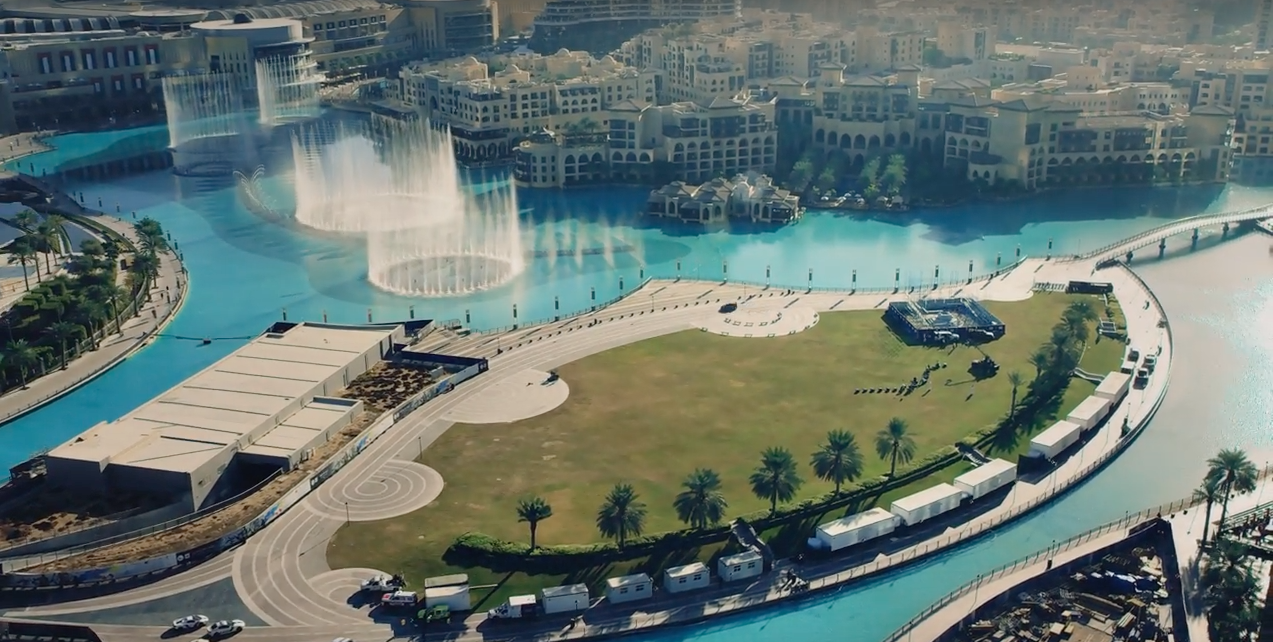 Serving as a perfect example for Dubai’s harmonious balance between nature and civilization, the video’s first scene shows Block interacting with a couple exotic animals. After letting out the cheetah that was apparently keeping his seat warm, DC’s co-founder speeds down the track — whipping up clouds of dust as he demonstrates that he’s just as skilled off-road as he is on asphalt.

And skilled he is, especially when it comes to drifting. After doing doughnuts in a ring of parked police cars, Block shows off his true expertise by whipping around a truck riding on two wheels — multiple times. 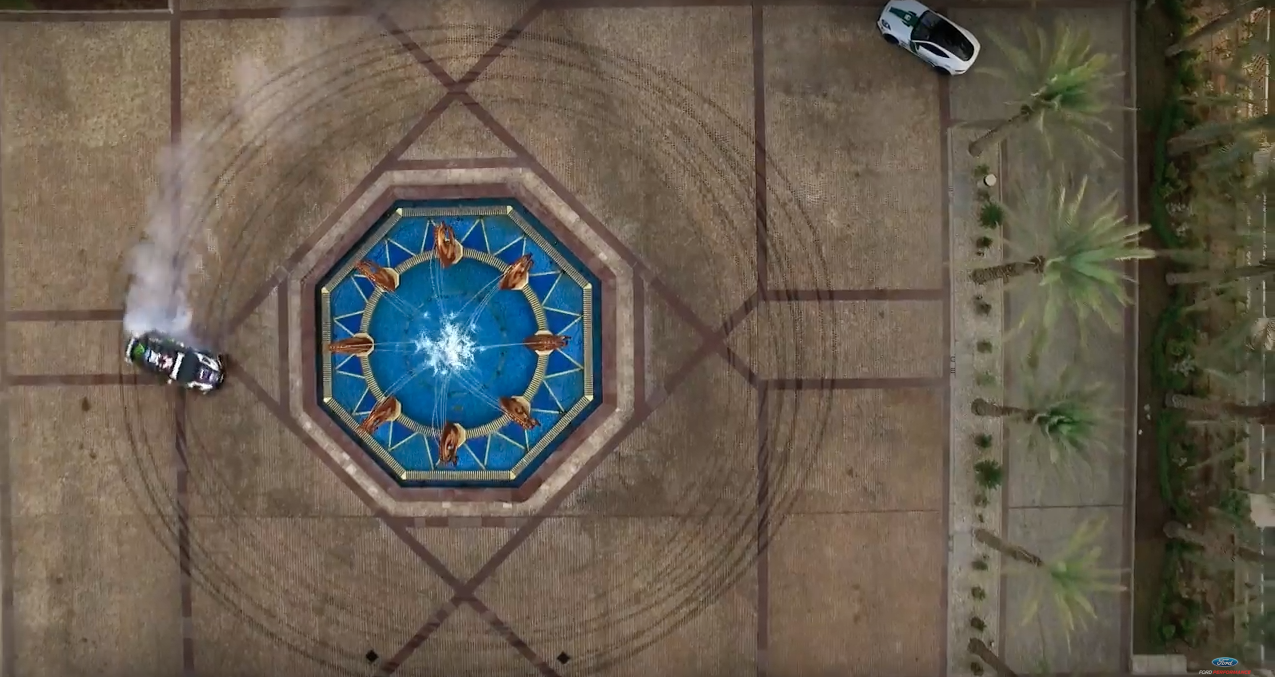 Block’s expertise isn’t limited to drifting. He’s also an excellent racer — verified by his victory in a drag race against other professionals. His triumph is even more impressive when comparing his car to his rivals’: a Ford Fiesta pitted against a Ferrari, Lexus, Lamborghini and a Bugatti.

Following the race, the video tracks Block’s Fiesta as he cruises through the emirate, giving viewers a taste of Dubai’s beauty. Lush gardens and clear waters fill the screen as he drives through a stunning metropolis, featuring the Dubai Fountains as they shoot geysers of water dozens of feet into the air. Through the eyes of the camera, we’re treated to the sight of the Al Qasr’s golden horse statues.

Below is the video where you can watch the amazing scenes in Dubai. Play the full video below:

After showing impressive control over his vehicle as he maneuvers between several steel posts — coming only inches away from a collision — Block revisits his earlier stunt in a final, ultimate display of his drifting prowess; except instead of whipping doughnuts around a tilted truck, he drifts around the wheels of a massive jet as it rolls down the landing strip.

Evidenced by his awe-inspiring performance in the video, Block’s expertise is undeniable — and in sight of his credits as concept director and script writer, not only when it comes to driving. While the driving, filming, and execution of the video are undoubtedly impressive, what really took my breath away was the sight of Dubai and all of its attractions. 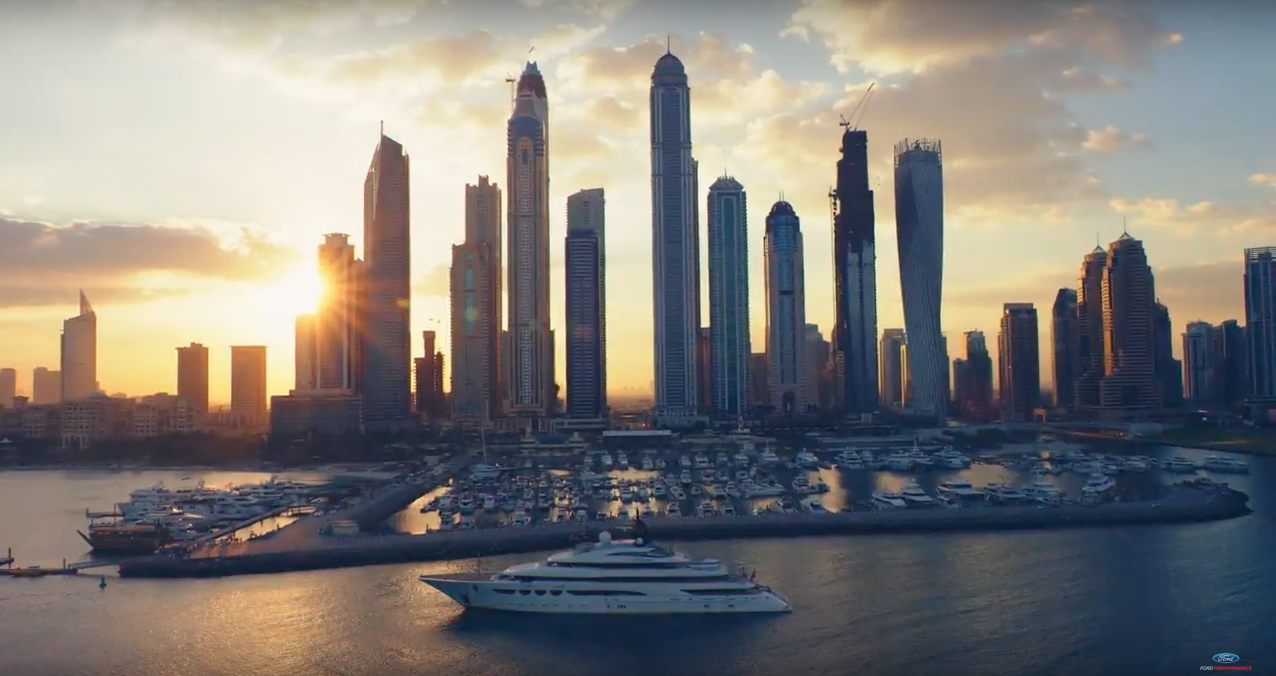 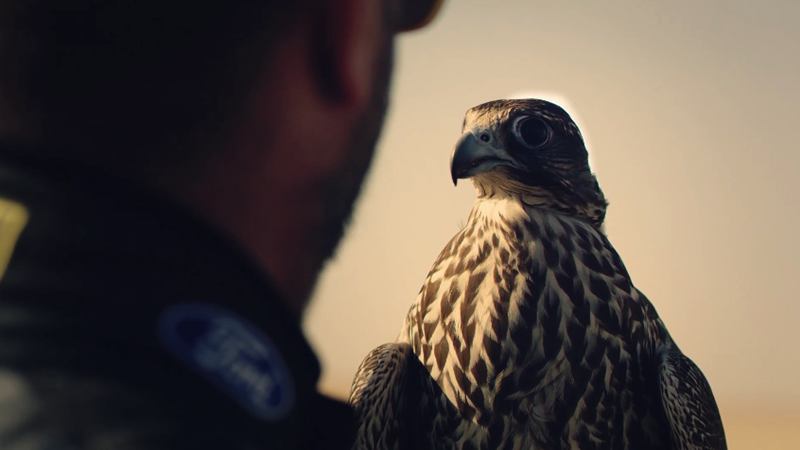 Video: How the Dubai Water Canal was Built

52 Photos of the Crown Prince of Dubai, Sheikh Hamdan

6 Reasons Why You Should Visit Dubai