If heights aren’t enough to get your heart racing, James King is adding breaking and entering into the mix. The latest video from one of the most daring urban explorers in Dubai will get you on the edge of your seat. He rose to internet notoriety and international news when he scaled the 101-storey Marina Towers.

His newest video takes on the 68-storey Almas Tower, a super skyscraper, in Jumeirah Lakes Towers. The daredevil stretches his luck right from the start by boldly walking past guards. With security just one of his problems, his feat is remarkable in more ways than one. A close call doesn’t end as badly as you think. 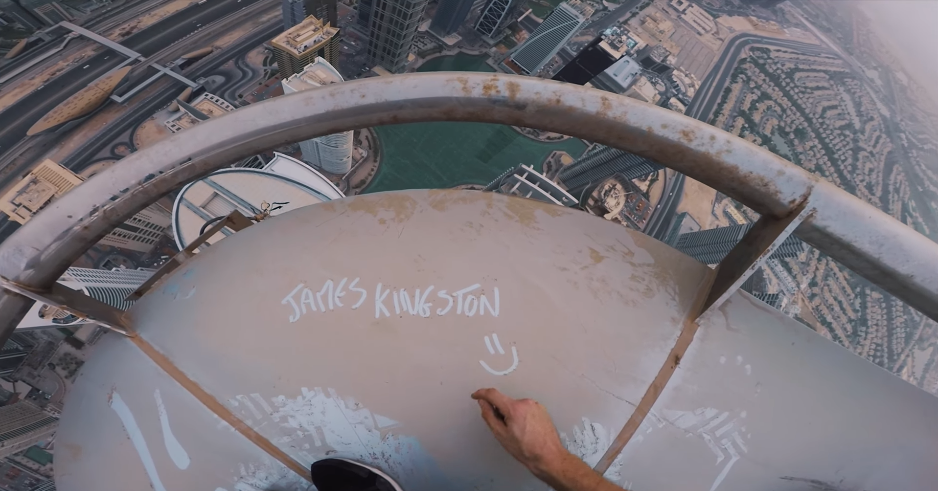 You might want to think twice before “hanging out” with this guy. Literally hanging off tall buildings and cranes might not be everyone’s choice of pastime. But King shows that other people are as daring as him by bringing a friend to the highest point of the Almas tower. The building is the previous holder for the tallest building in Dubai until the Burj Khalifa took over in 2009. (Barely) avoiding security, stepping over sleeping workers, climbing endless ladders in the spire, this video reveals more obstacles he goes through besides heights.

Video: Climbing to the Top of the Almas Towers with James King

This urban climber constantly pushes the limits of daring and borderline illegal stunts. This isn’t his first time in the UAE, James King is also known for his previous adventures in Dubai with a crane over the Dubai Marina and Marina Towers 101. World-record towers seem to be the ultimate challenge for extreme adventure seekers all over the world and we don’t blame them. 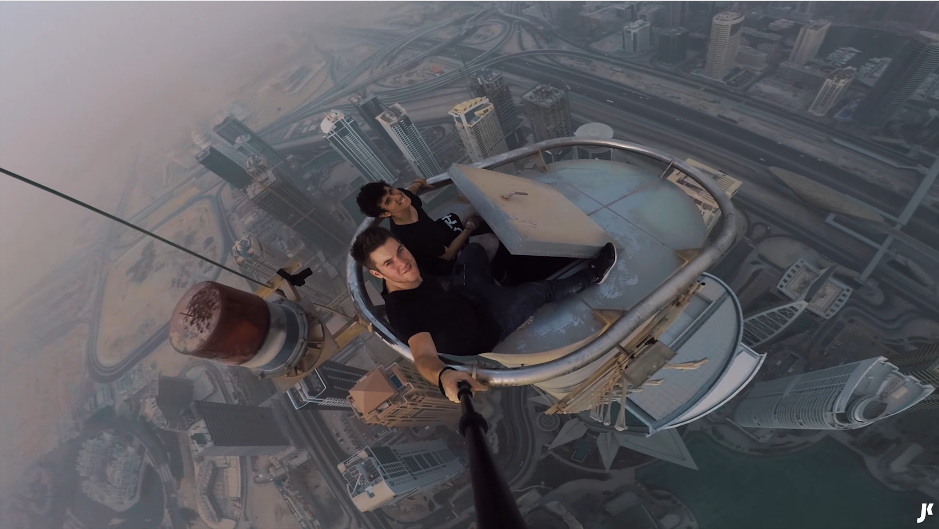 His viewers are usually split from feeling admiration and disapproval. It’s easy to see why they feel conflicted. However is audience feels, James clearly enjoys the stunts and doesn’t fear the insane heights. Completely at ease, he even cheekily signs his name in the dust at the top of the Almas Tower. If you’re going to live once, you might as well go all out. Within the law, of course.

Watch this Amazing Video of the Mega City that is Dubai