The government of Dubai opens it’s doors to anyone in the world and provides them with the maximum level of security and entertainment. Even if there are negative news published about the Middle East from western media, people might think it’s not safe to visit Dubai – which is totally wrong.

Dubai is the happiest city in the world and it has many entertainment options that will never be found with this level in any place. For the first time traveler to Dubai, the first question to be asked “Is Dubai safe to travel to?”

To which level is Dubai safe?

In Dubai, you will feel perfectly safe to walk around in anytime as it’s one of the safest cities in the world.

According to Numbeo, a database of user-contributed information, the Crime Index Rate puts Dubai in 279th place of 288 cities in term of crime and Abu Dhabi, the capital city, is in 288th place. according to the World Economic Forum (WEF). Dubai is one of seven emirates that make up the UAE, and it has quickly emerged as a great leading city for business, development, and tourism. the whole UAE is placed as the second safest country in the world and the safest country in the Middle East with rate 6.6 only after Finland which scored 6.65. 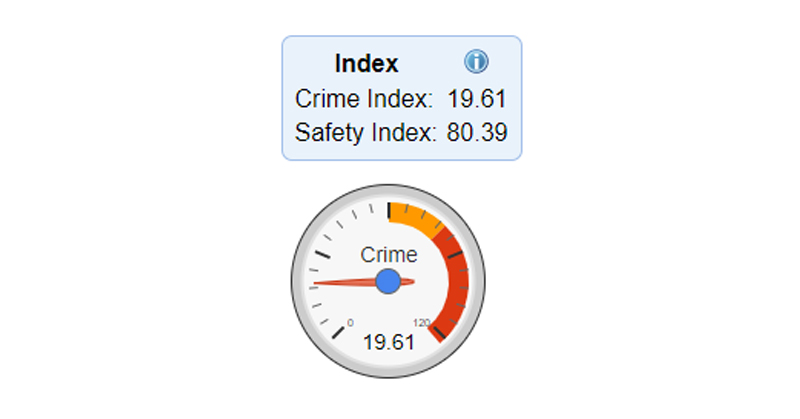 Abu Dhabi’s Crime Index scored 14.41, while Dubai’s scored 19.50, so both are considered to be in the very low crime category. Every society in the world faces a number of crimes and in the UAE it’s the lowest.

Dubai, has fewer than 15 percent of Dubai’s population are native Emiratis, while the majority are expats with numerous religions, cultures and languages. This is a positive point and pros of Dubai that diverse people deals together in peace under the restriction rules.

Jetmen Flight Exercise Over the Desert Dunes in Dubai

This Has Got to Be the Best Timelapse Video of Dubai